Gender Harassment in Science and Engineering

The 2018 report on Sexual Harassment of Women Climate, Culture, and Consequences in Academic Sciences, Engineering, and Medicine by the National Academies, defines sexual harassment, a form of discrimination, in term of three categories of behavior.

The Report by the National Academies states that "more than 50 percent of women faculty and staff and 20-50 percent of women students encounter or experience sexually harassing conduct in academia." The percentage of women reporting harassment in academia is higher than for women working for the government (with the exception of the military) or the private sector. Both women and men report experiencing sexual harassment; however, the reporting rates among women are significantly higher than for men in all employment sectors.

The National Academy Report also states that the characteristics of work in academic science and engineering are associated with risk factors for harassment. These characteristics include: a male-dominated environment, organizational tolerance for sexually harassing behavior, hierarchical and dependent relationships between faculty and trainees, and isolating environments. Other risk factors can be found here. 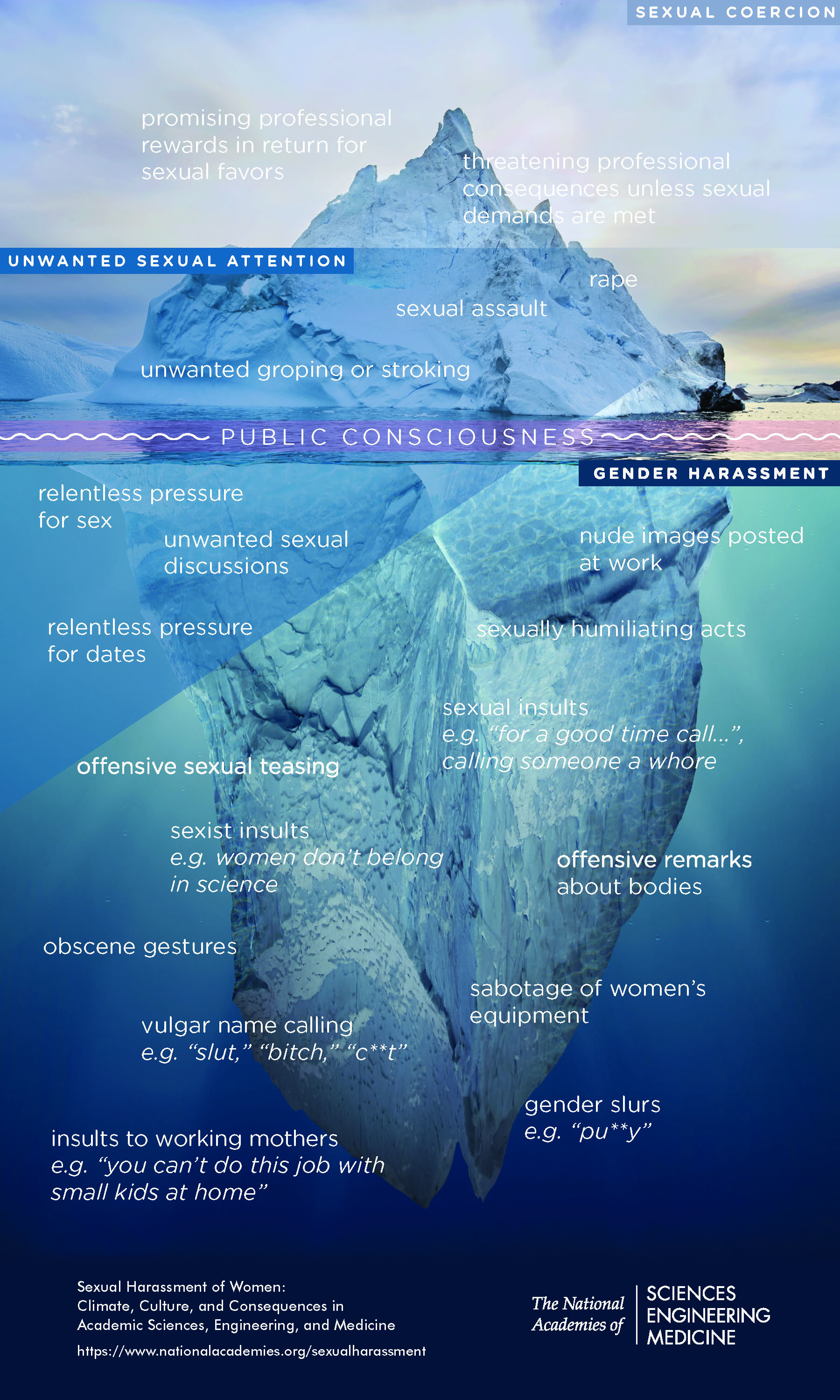